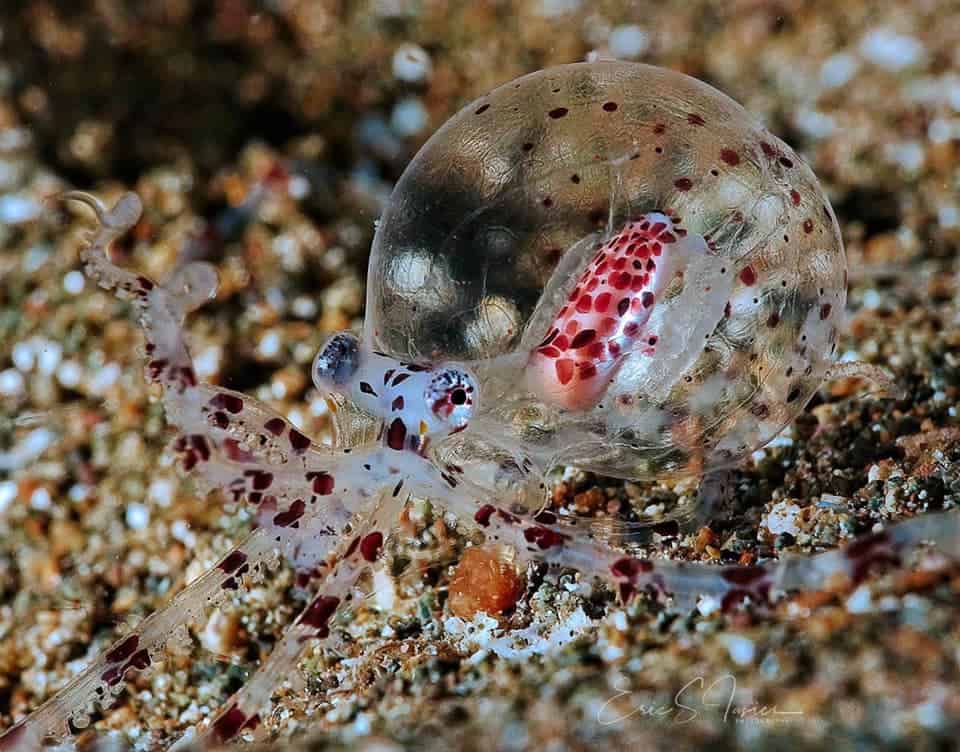 This just in! Another octopus secret has been unlocked! Baby octopuses are covered with tiny, microscopic structures known as Kolliker’s organs (KO) that help them sail the seas, make them appear larger than they really are, and aid in camouflage. Think of these organs as a biological guardian angel that protects them through their larval (baby) stage! While scientists have known about KO for nearly two centuries, recent studies are shedding more light on how this mysterious organ works and why it’s only found in the early years of an octopus’s life. Let’s find out more!

We’ve known for some time now that KO covers a hatchling’s body. They are temporary structures that look like a miniscule bristly broom that can open and close like an umbrella.

KO are around the same size and evenly distributed all over the skin of octopus embryos, hatchlings, and juveniles, but they are completely lost when they reach their sub-adult stage!

Are you wondering the same thing I am?

Why do they lose them when they reach maturity?

Do all octopuses have Kolliker’s organs?

Thankfully, a recent study published in May 2021, has unraveled some of these science mysteries! This study was able to shed some much-needed light on these questions about Kolliker’s organs.

How can you tell if an octopus has Kolliker’s organs?

Researchers from across the globe, led by scientist Roger Villanueva, collected tissue from hatchlings and juveniles of  17 octopus species from different habitats.

Since KO can’t be seen with the naked eye, the team at the Mesoscopic Imaging Facility in Barcelona used light-sheet microscopy to produce clear and detailed images of hatchling specimens.

This device and technique captures fine details in tissue samples and has the capacity to study large samples over extended periods of time without having to slice anything or only look at small sections like traditional microscopes.

What KO mysteries did this team of scientists with their super fancy, high-powered microscopes solve?

When Kolliker’s organs are spread wide open, they can increase an octopus’s size by 66%.

Having the ability to expand yourself could be quite useful when moving around the ocean. This study showed that baby octopus have fine control over their KO, only taking them a second to extend or retract them. They can even choose which ones to open or keep closed!

When opened, the KO can be flexed or rotated. Scientists think these organs potentially act like microscopic rudders helping them catch, or resist, ocean currents. This would allow them to conserve energy and help keep them afloat.

Imagine having tiny sails all over your body that you could open and close to body surf along the waves!

Did you know that Kolillker’s organs could play a role in camouflage?

While hatchlings come equipped with chromatophores, more camouflage options are always welcome. Especially when you’re a squishy little morsel in an ocean full of hungry fishes. They are no bigger than a grain of rice!

An earlier study from the 1970s found that KO can scatter light in all directions. This light refraction could make the hatchling appear fuzzy making it more difficult for a predator to catch them.

Do all baby octopuses have KO?

Another interesting knowledge nugget that came out of the 2021 study was that not all baby octopus have KO. Out of the 17 species collected, two had no KO at all!

For example- Our long brooding mama octopus, Graneledone boreopacifica, and the Mayan octopus (Octopus maya) are both a Deep Sea Octopus. Turns out an octopus’s life path has a lot to do with the presence, or lack thereof, Kolliker’s organs.

Let’s go back to the beginning!

When a baby octopus pops out of their egg and into the world, there are two predetermined paths they can take.

Since Deep Sea Octopus babies make their home on the reef shortly after hatching, they don’t need KO to help them fight ocean currents or keep them afloat.

Additionally, having their skin covered in tiny reflectors would also be pretty pointless when you live in a pitch-black environment with no sunlight to deflect.

Kolliker’s Organs: Do Baby Octopuses Need It To Survive?

While this study was the most in-depth look into KO that has ever been done, the researchers are convinced there are still mysteries to unlock when it comes to this fascinating organ.

Overall, it’s fun to think that baby octopus are out there surfing along ocean currents and confusing predators with refracted sunlight by just opening tiny bristly umbrellas all over their bodies.

Don’t you think? Let me know in the comments down below. 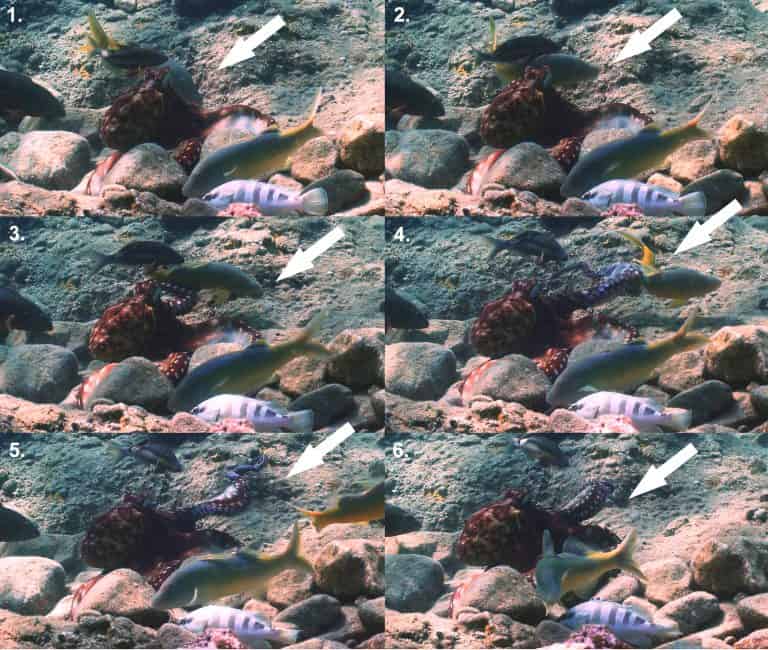 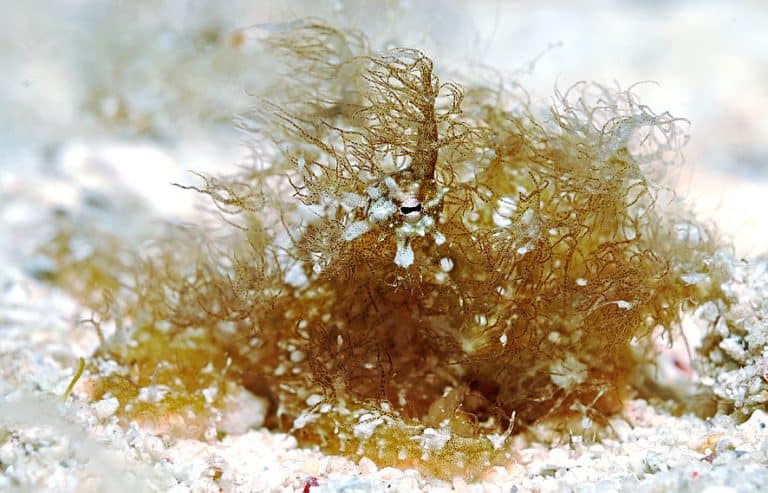 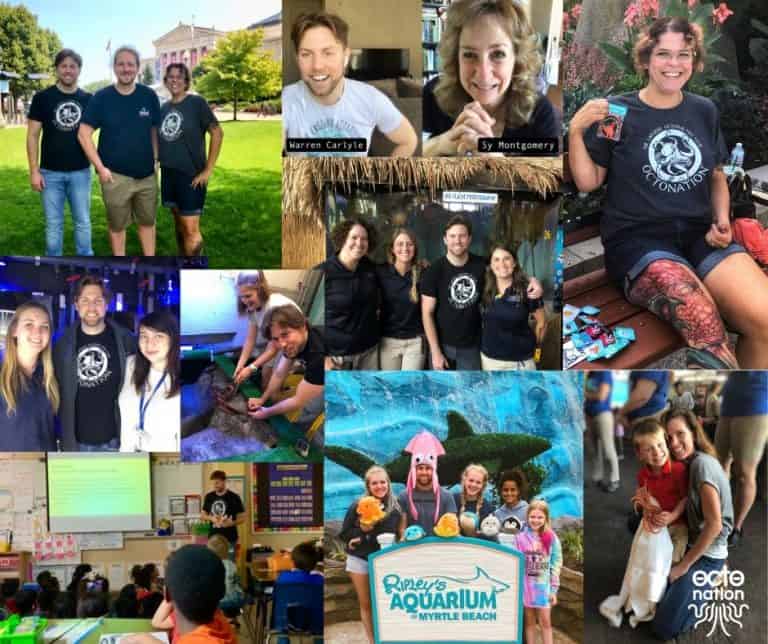 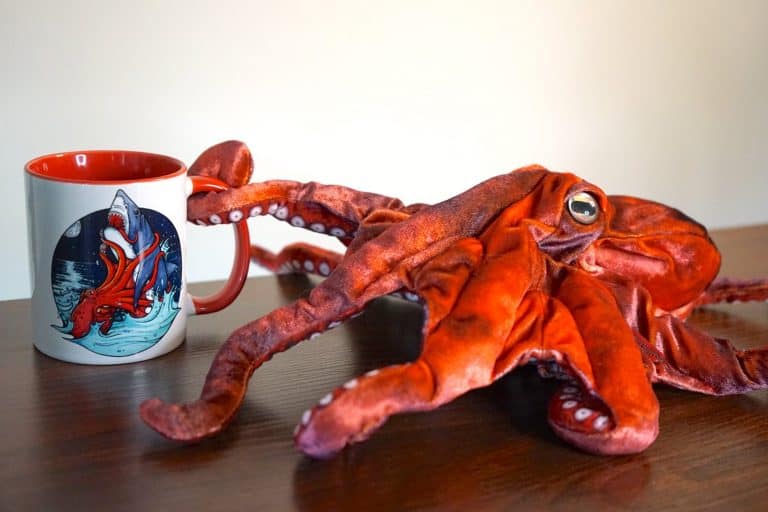 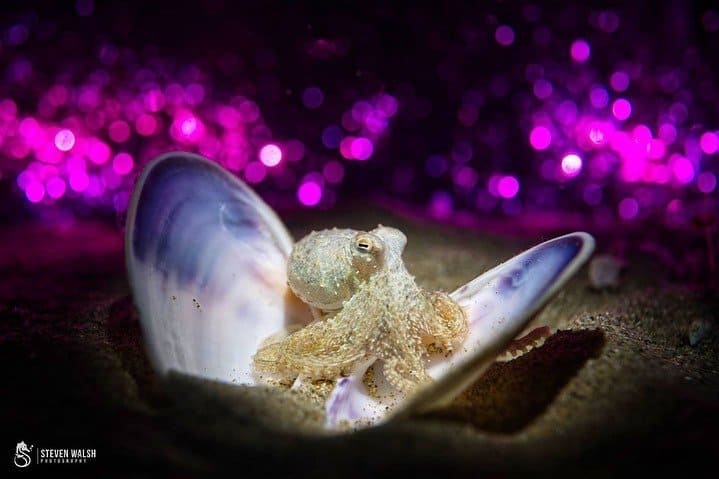 This website uses cookies to improve your experience while you navigate through the website. Out of these, the cookies that are categorized as necessary are stored on your browser as they are essential for the working of basic functionalities of the website. We also use third-party cookies that help us analyze and understand how you use this website. These cookies will be stored in your browser only with your consent. You also have the option to opt-out of these cookies. But opting out of some of these cookies may affect your browsing experience.
Necessary Always Enabled
Necessary cookies are absolutely essential for the website to function properly. These cookies ensure basic functionalities and security features of the website, anonymously.
Functional
Functional cookies help to perform certain functionalities like sharing the content of the website on social media platforms, collect feedbacks, and other third-party features.
Performance
Performance cookies are used to understand and analyze the key performance indexes of the website which helps in delivering a better user experience for the visitors.
Analytics
Analytical cookies are used to understand how visitors interact with the website. These cookies help provide information on metrics the number of visitors, bounce rate, traffic source, etc.
Advertisement
Advertisement cookies are used to provide visitors with relevant ads and marketing campaigns. These cookies track visitors across websites and collect information to provide customized ads.
Others
Other uncategorized cookies are those that are being analyzed and have not been classified into a category as yet.
SAVE & ACCEPT
2.7K shares
2.7K shares