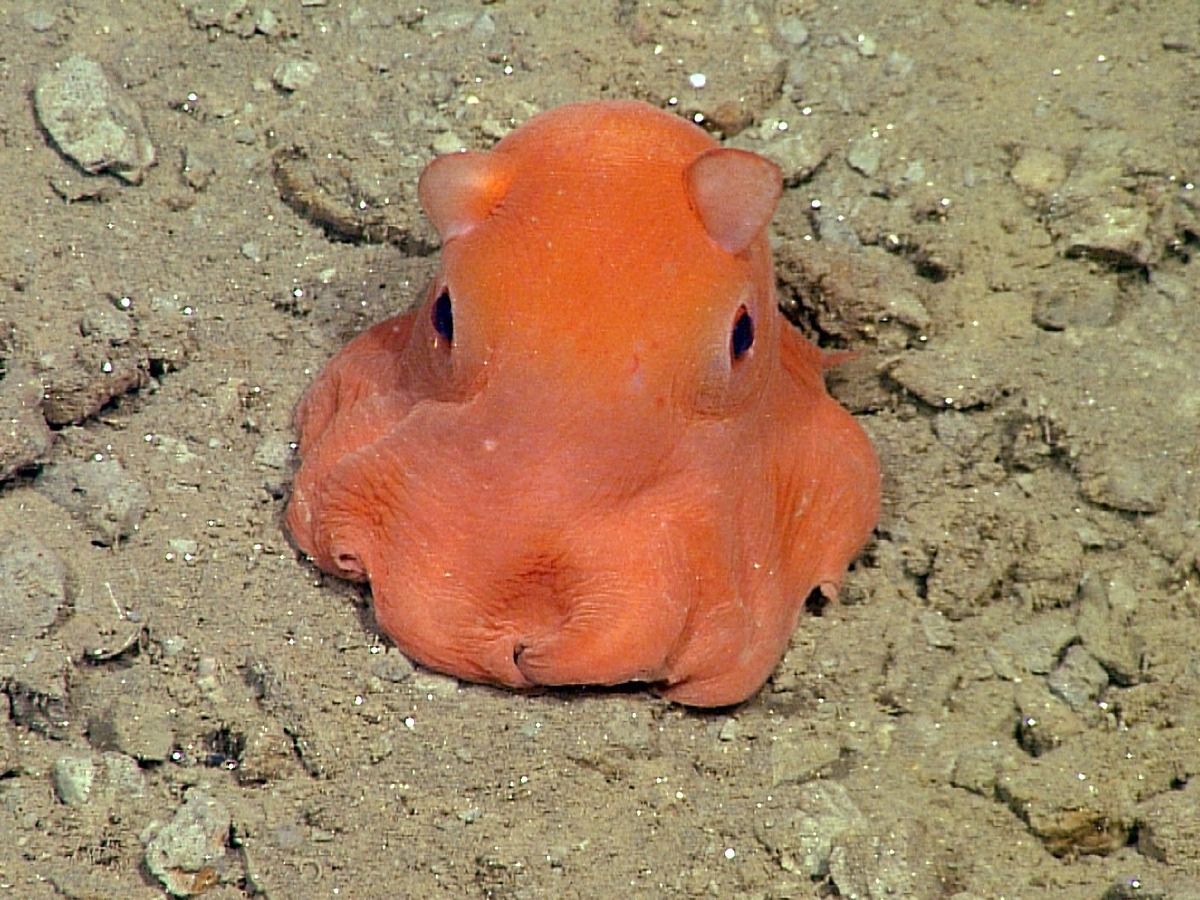 What looks like a Pokémon character, has little wing-like ear flaps (the fins), lives in chilly waters, and is SUPER CUTE? The Flapjack Octopus! I mean, how could you not completely fall in love with this round, gelatinous, stubby-armed octopus!? Let’s take a swim and learn more astounding Flapjack octopus facts.

Those big Bambi-like eyes looking at you with curiosity and those adorable fin flaps on the side of their mantle has the whole world collectively sighing, “Awwww”. The Flapjack Octopus is described as so cute that the scientists initially wanted to name it this octopus” Adorabilis”.

Keep reading as we delve into how this irresistibly adorable octopus has perfectly adapted to their deep-sea habitat!

Let’s start with where this octopus fits into the octo-verse!

Big picture, the Flapjack Octopus falls into the larger suborder cirrata, which includes octopuses with a single row of suckers on each arm, and each sucker has hair-like projections on it called cirri.

From there, they belong to Umbrella Octopus (Opisthoteuthidae) family, which includes the equally endearing Dumbo Octopuses (genus Grimpoteuthis).

All Umbrella Octopuses have webbed bodies that look like blobby umbrellas opening and closing as they glide through the water in a similar fashion to that of a jellyfish.

They also have those signature fin flaps on the side of their mantle. The entire Umbrella Octopus family goes for maximum deep-sea cuteness.

Narrowing it down even further, we get to the Flapjack Octopus, which refers to the genus of octopus that includes 24 species (that we know of!)!

Flapjack Octopuses have been observed spread out on the seafloor, looking like a pancake, and that is how they got their name! While this could be the ultimate relaxed pose, the Flapjack Octopus compresses itself into the seafloor to seem less threatening to potential prey.

I mean, who is scared of a pancake??

Flapjack Octopuses are small octopuses ranging in hues of:

They scuttle along, looking for prey like tiny worms, crustaceans, and other invertebrates, making their home in these depths.

Most Flapjack Octopus sightings have come from the coasts of Japan and California; however, they are thought to inhabit deep waters worldwide. Since Flapjacks live in an environment that isn’t easily accessible to us humans, their exact lifespan is unknown, but it’s estimated to be between 1.4-2.6 years.

Now that you have a bit of info on the Flapjack species, here are a few fun facts you should know about the Flapjack Octopus…

They are always wearing an invisibility cloak!

Unlike most octopuses, the Flapjack can’t change colors because they lack chromatophores – those incredible cells that let octopuses change color instantly, allowing them to blend into their surroundings and avoid predation.

How do our little flapjacks stay safe? They have their own brand of camouflage perfectly suited to the darkness: not being visible at all!

It was mentioned that the Flapjack can be hues of red, pink, orange, and yellow. Cue invisibility cloak! This nifty magic trick has to do with color wavelengths and how they are filtered through the water.

As sunlight hits the water, the first light to be filtered out in the water as shallow as 5 feet (1.5 meters) is red light! This is followed by orange, yellow, green, and eventually, the only light you are left with is blue.

Because red light doesn’t get very far into the ocean, many animals can’t see the color red. This makes any red- or orange-colored animals appear black to predators, effectively blending into the dark waters like they were never even there.

They have a shell (kind of)

Octopuses don’t have bones. However, since they fall within the Mollusca phylum, they are related to many species with hard shells. Along the evolutionary track, octopuses opted out of carrying around shells to hide in and instead developed smarts and amazing camouflage techniques to be able to live as the squishy, naked beings we know and love today.

The Flapjack Octopus has the remnants of a shell. Can you see it? Nope. Because it’s an internal shell shaped like a “U” or saddle that helps support the flappy fins on each side of their perfect little mantle (head).

They are always pregnant (in a sense)

Once a female Flapjack Octopus reaches sexual maturity and finds her first mate, she can store the male’s sperm until she is ready to lay eggs. A female can go on to mate multiple times, providing her with the option of saving sperm or fertilizing her eggs.

Females can carry multiple large eggs, between 200-500, in various stages of development, which means the female Flapjack Octopus can get pregnant while being pregnant!

Females will lay late-stage eggs under rocks, not brooding or protecting them, going against standard octopus mom practices. Her eggs could then take well over a year until they hatch.

Can you even imagine the adorableness of a baby Flapjack!?!

Many deep-sea octopuses exhibit crazy sexual dimorphisms, where males and females are significantly different in appearance. Like our fabulous Blanket Octopus (Tremoctopus violaceus) duo, where the female has an iridescent, flowing cape and can reach up to 2 meters (6 ft) in length versus the male, who is the size of a walnut and uses jellyfish tentacles as num-chucks.

The underwater world is WILD y’all.

Apparently, the Flapjack Octopus decided it had plenty of quirks, so the biggest difference between sexes is that males are only slightly larger than females. Sexual dimorphism is minimal amongst the flapjack boys and girls of this world.

Where are my Finding Nemo fans at? Remember cutie pie “Pearl”? She’s a Flapjack Octopus who Pixar represented in all the wrong ways. If you have read this far, you can probably already guess what they got wrong.

The most obvious one is that Pearl does not belong on the shallow reefs of Australia and rather in the deep sea of the Pacific Ocean. Imagine poor little pink Pearl on a sunlit reef with no way to camouflage! Eek!

Pixar’s biggest goof might be her famous line, “Awww, you guys made me ink,” because that wouldn’t be possible. Flapjack Octopuses don’t have a functioning ink sac since they really have no use for a defense tool that would blend right into the dark environment they call home.

What’s your favorite of the Flapjack Octopus facts?

Let us know in the comments! 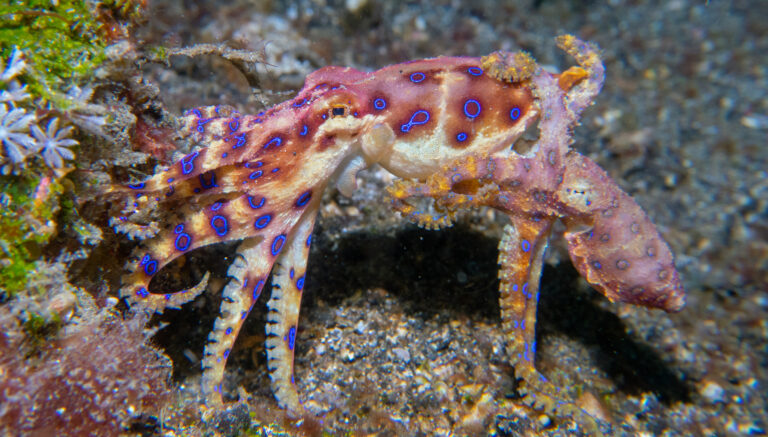 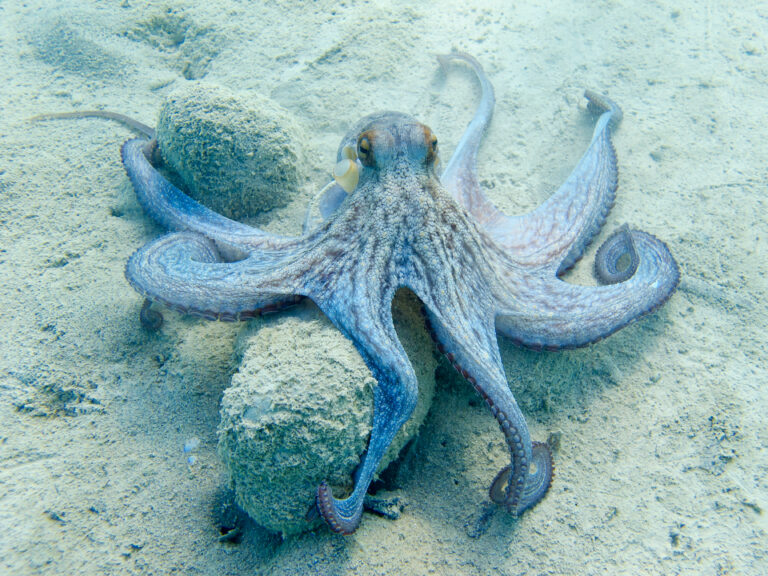 Do you love learning random fun facts? We do too! Here are 8 (see what we did there) octopus facts you might have never heard of. Trust us- one of these is bound to make your jaw drop! 1. Octopuses have cat-like tongues! It’s called a radula and it’s a tongue-like ribbon lined with rows… 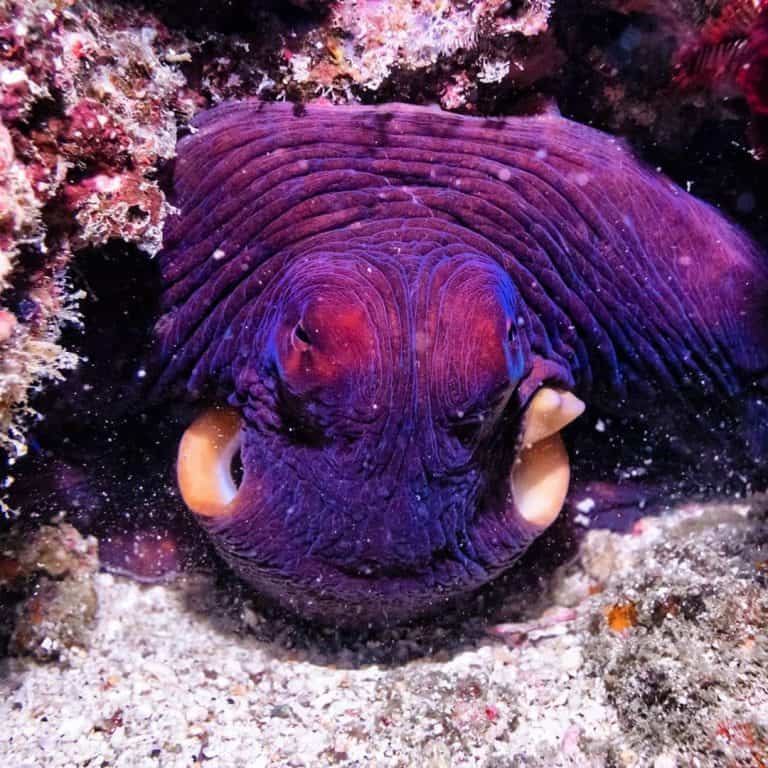 This website uses cookies to improve your experience while you navigate through the website. Out of these, the cookies that are categorized as necessary are stored on your browser as they are essential for the working of basic functionalities of the website. We also use third-party cookies that help us analyze and understand how you use this website. These cookies will be stored in your browser only with your consent. You also have the option to opt-out of these cookies. But opting out of some of these cookies may affect your browsing experience.
Necessary Always Enabled
Necessary cookies are absolutely essential for the website to function properly. These cookies ensure basic functionalities and security features of the website, anonymously.
Functional
Functional cookies help to perform certain functionalities like sharing the content of the website on social media platforms, collect feedbacks, and other third-party features.
Performance
Performance cookies are used to understand and analyze the key performance indexes of the website which helps in delivering a better user experience for the visitors.
Analytics
Analytical cookies are used to understand how visitors interact with the website. These cookies help provide information on metrics the number of visitors, bounce rate, traffic source, etc.
Advertisement
Advertisement cookies are used to provide visitors with relevant ads and marketing campaigns. These cookies track visitors across websites and collect information to provide customized ads.
Others
Other uncategorized cookies are those that are being analyzed and have not been classified into a category as yet.
SAVE & ACCEPT
309 shares
309 shares
Skip to content