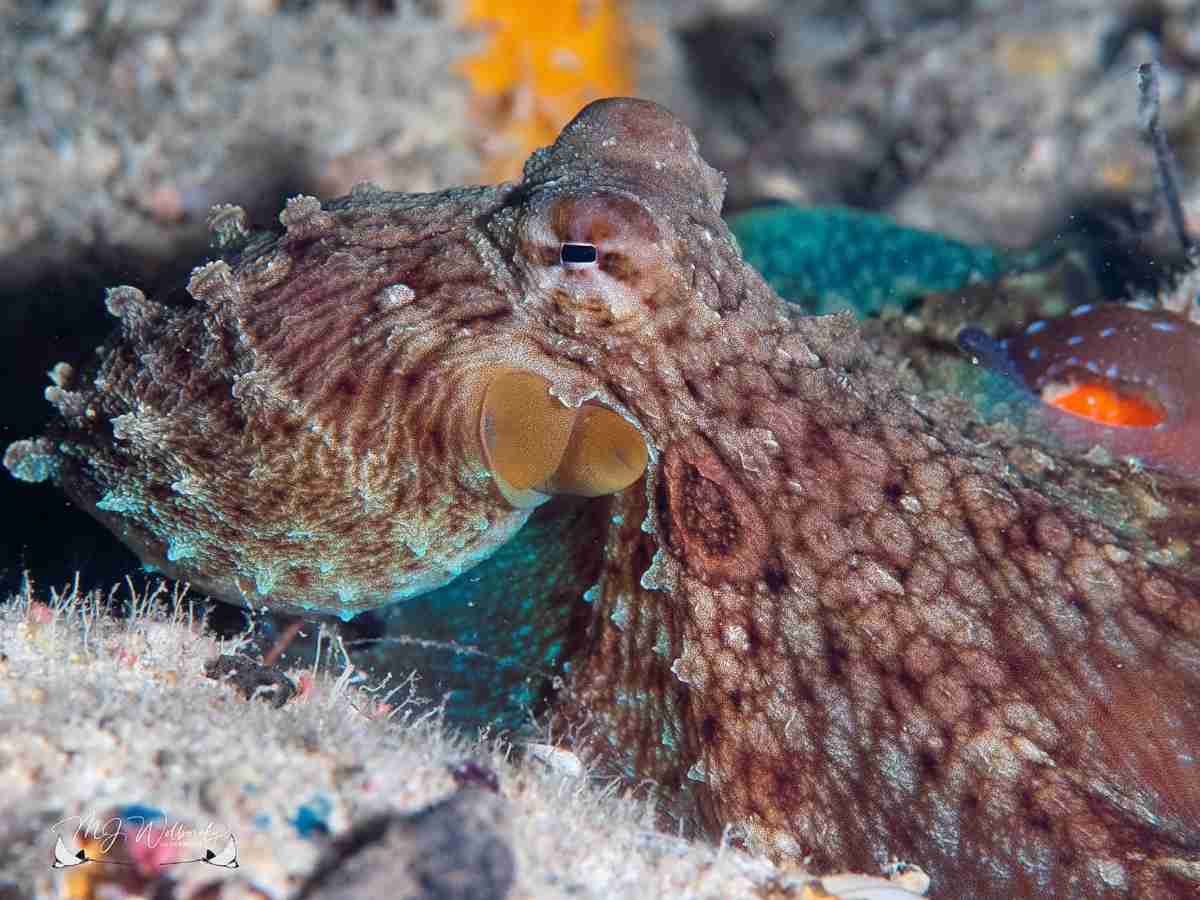 What is the shape of a donut, spread across 8 arms, and can get past childproof locks? An octopus brain! Octopuses have NINE brains, with two-thirds of their vast knowledge spread throughout their arms. Trust the octopus to come up with a way to delegate their own brain power so they don’t need to be bothered with mundane tasks. Read on to discover how they put their diversified smarts to good use.

So how is it that they have 9 brains? WELL, they technically don’t have 9… more like one main brain and 8 mini satellite brains! Let’s break down some brainy terms so we know exactly what’s going on.

Neurons are the network that makes up our central nervous system (brain and spinal cord) and peripheral nervous system (consisting of nerves and groups of ganglia). They create pathways that help relay information around the body.

Something as simple as picking up a cup requires our brain to send a message to the muscles in our hand and fingers to contract. Octopuses have this same neural network; however, it’s a little more spread out than ours.

This brings us to…

… Clusters of neurons spread throughout the body that can carry nerve signals to and from the central nervous system.

With these neural powers combined, octopus arms can perform tasks without communicating with the central brain and is said to have a brain of its own. Have you ever heard the fact that an octopus has 9 brains? We refer to the ganglia in each arm as a satellite brain communicating between each other. Cool right? 📡 🧠

We imagine that it’s really important that the central brain isn’t overwhelmed with the input from thousands of tasting, smelling, feeling, sensing super suckers. A better use of brain power would be keeping an eye out for predators and remembering where the best spots to eat are!

“The octopus’ arms have a neural ring that bypasses the brain, and so the arms can send information to each other without the brain being aware of it,” said behavioural neuroscientist Dominic Sivitilli of the University of Washington.

“So while the brain isn’t quite sure where the arms are in space, the arms know where each other are and this allows the arms to coordinate during actions like crawling.”

Talk about the ultimate multi-tasker!

The Common Octopus (Octopus vuglaris) has about 500 million neurons in its body which is around the same as a dog! We love callin’ em squishy puppy dogs! 🥰 They have come a long way from their mollusk cousins who, on average, have around 20,000 neurons.

So, how does an octopus brain work?

An octopus’s main brain sends commands to its ganglia like “search for food”. The arms will wiggle through crevices, contracting or relaxing the muscles, feeling, and tasting, determining whether it’s found a tasty treat or just an empty hole. This leaves the main brain looking out for predators.

When the arm has relevant information like locating food, it sends that information to the main brain who then determines what to do next.

Imagine telling your hand “look for food” and within minutes the thing you were craving appears in front of your face without giving it a second thought!

Unfortunately, we are lacking fingertips that can taste and smell food (hello MAGICAL OCTOPUS SUCKERS that can each contain up to 10,000 specialized neurons) so we are forced to use a decent amount of brain power to figure out a meal.

Imagine if the tables were turned and octopuses were studying us! How primitive would we seem if the only thing our hands can do is grasp stuff?

A donut for a brain

An octopus’s brain is located right between its eyes and is the shape of a donut.

Stay with me because it gets even weirder… their esophagus passes THROUGH their brain!

Every time they eat, they risk severe brain damage if their meal isn’t well and truly chewed up! Luckily they accomplish this by slicing up their prey with their serrated radula plus breaking down their meal with enzymes in their saliva.

How do we know? A sign of intelligence is learning new tasks and committing events to short and long-term memory. Smarter animals also tend to have a high brain-to-body ratio, however; studies involving intelligence in birds (and their tiny bird brains) have shown this isn’t as definitive as it used to be.

Animals have evolved all sorts of interesting brains and unique nervous systems that the brain-to-body ratio has become an outdated metric.

In aquarium settings, they have learned to solve puzzles, navigate mazes, and unscrew jars to get to food rewards.

In the wild, they use tools. The Veined Octopus literally carries around coconut husks and empty shells, using them as portable shelters or shields. Their 8 arms allow them to carry their coconut AND wander along the bottom of the ocean floor in an awkward stilted walk.

Another fast learner is the one and only Mimic Octopus! It can transform itself into different animal species like lionfish, sea snakes, flounders and tunicates, expertly tricking its predators.

What’s even more impressive is that the Mimic Octopus chooses how to reinvent itself based on its predator. Scientists observed this when a damselfish started attacking a Mimic Octopus who chose to turn itself into a banded sea snake, a known predator of the damselfish.

It’s not just octopuses who are cephalopod smarty pants. Cuttlefish have been shown to pass basic tests delaying gratification, which some human toddlers have trouble passing.

They pull crazy antics that have been well documented in aquarium settings where octopuses will get up to mischief.

There have been multiple reports of fish going “missing” at aquariums that also have a resident octopus. When cameras are installed, the octopus is seen crawling over to a fish tank, having a snack, and then heading back to its tank as if nothing ever happened.

A research study on Giant Pacific Octopuses at the Seattle Aquarium showed that their behavior, breathing, and colors changed depending on whose face they recognized.

Eight different GPOs were treated either by a ‘nice’ keeper who gave them food or by a designated ‘mean’ keeper who poked them with a bristly stick. After just two weeks of this test, the octopuses would approach the nice keeper but hid away when the mean keeper came around.

Measuring “smartness” is tricky. It’s not like you can sit an octopus down and take an IQ test. And what if they had test anxiety!?!

Animals can be smart in different ways considering we are all adapted to our surroundings.

As Einstein said, “Everybody is a genius. But if you judge a fish by its ability to climb a tree, it will live its whole life believing it is stupid.” 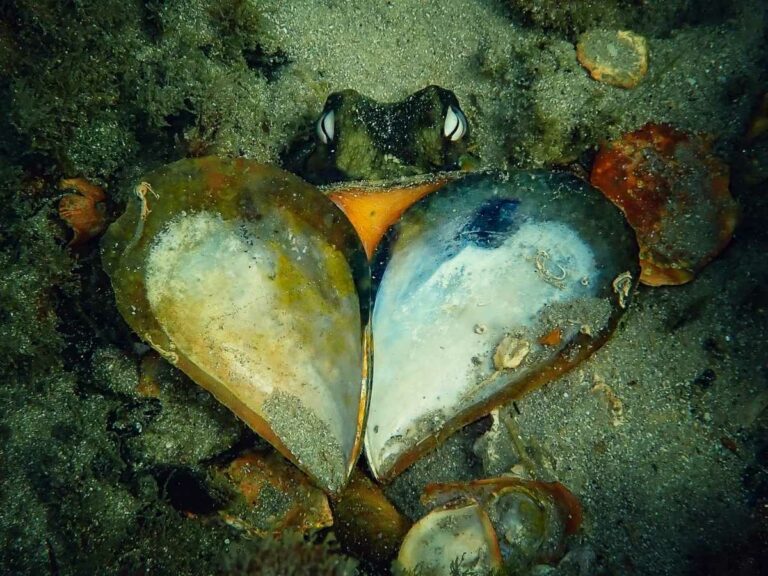 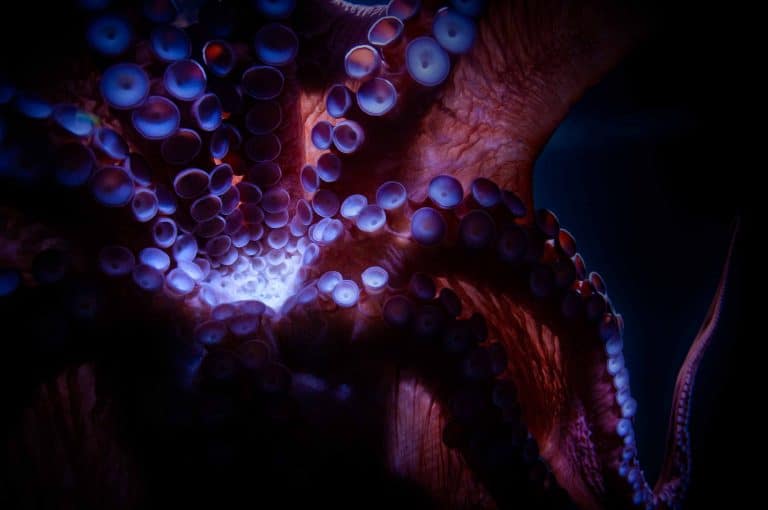 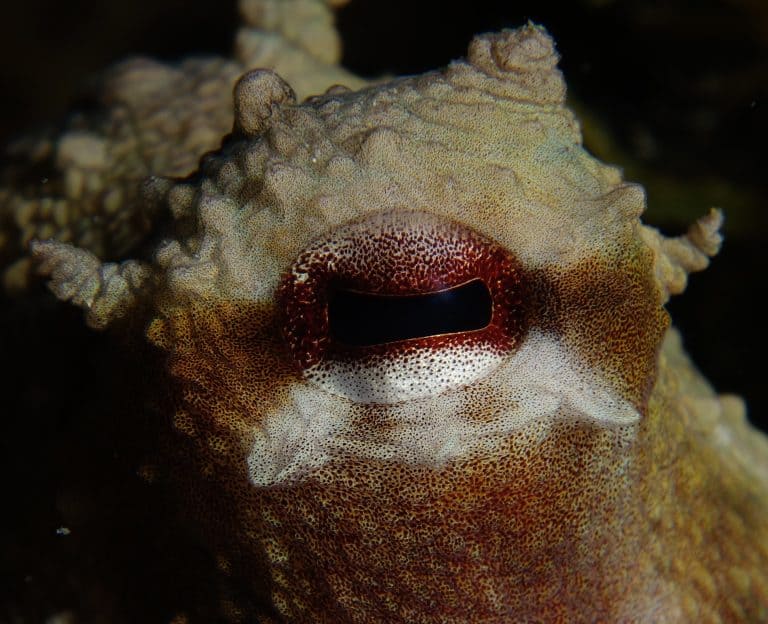 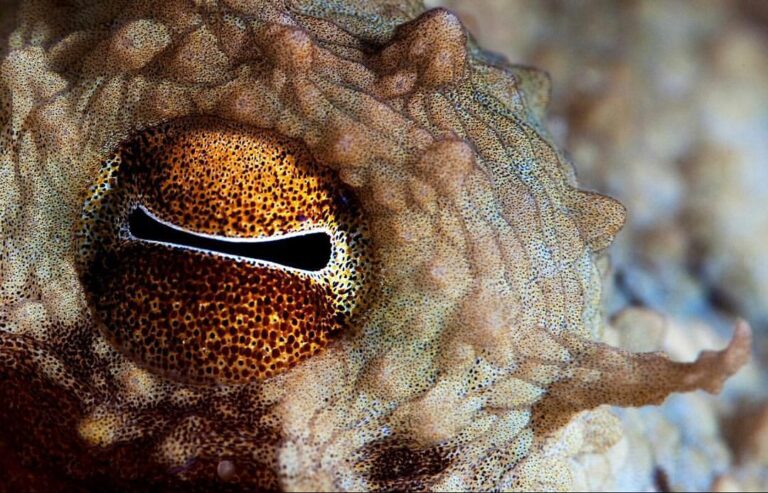 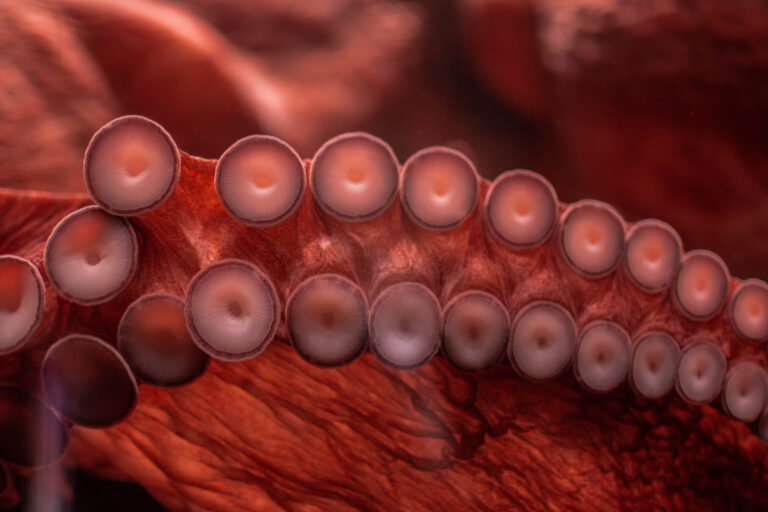 This website uses cookies to improve your experience while you navigate through the website. Out of these, the cookies that are categorized as necessary are stored on your browser as they are essential for the working of basic functionalities of the website. We also use third-party cookies that help us analyze and understand how you use this website. These cookies will be stored in your browser only with your consent. You also have the option to opt-out of these cookies. But opting out of some of these cookies may affect your browsing experience.
Necessary Always Enabled
Necessary cookies are absolutely essential for the website to function properly. These cookies ensure basic functionalities and security features of the website, anonymously.
Functional
Functional cookies help to perform certain functionalities like sharing the content of the website on social media platforms, collect feedbacks, and other third-party features.
Performance
Performance cookies are used to understand and analyze the key performance indexes of the website which helps in delivering a better user experience for the visitors.
Analytics
Analytical cookies are used to understand how visitors interact with the website. These cookies help provide information on metrics the number of visitors, bounce rate, traffic source, etc.
Advertisement
Advertisement cookies are used to provide visitors with relevant ads and marketing campaigns. These cookies track visitors across websites and collect information to provide customized ads.
Others
Other uncategorized cookies are those that are being analyzed and have not been classified into a category as yet.
SAVE & ACCEPT
676 shares
676 shares
Skip to content