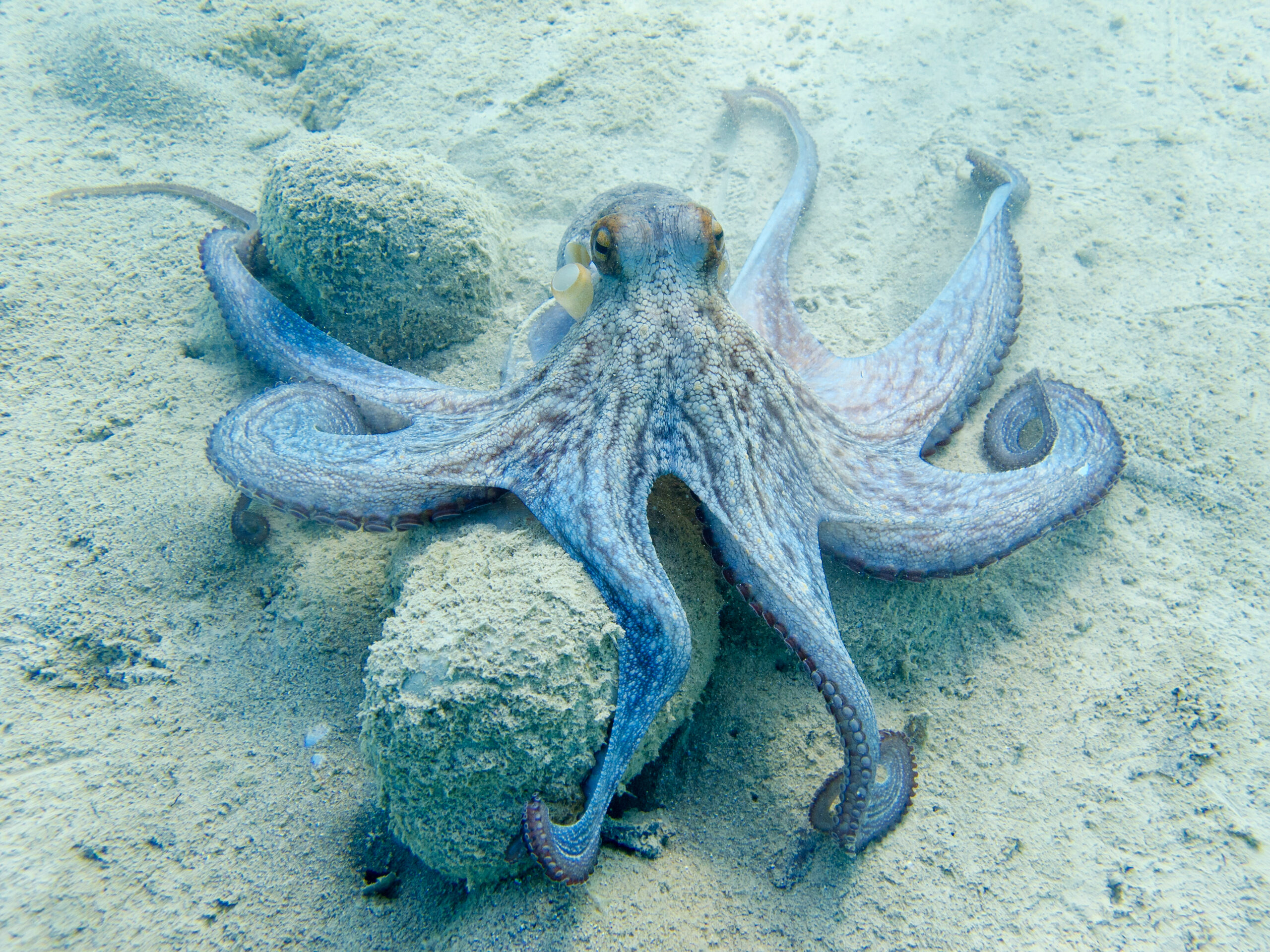 Do you love learning random fun facts? We do too! Here are 8 (see what we did there) octopus facts you might have never heard of. Trust us- one of these is bound to make your jaw drop!

It’s called a radula and it’s a tongue-like ribbon lined with rows of tiny teeth that are replaced as they wear down.

Octopuses use their radula to scrape food into their mouths, especially clams and mussels.

What if an octopus can’t get into a shell to slurp out its contents?

No problem! If it can’t crack it with its parrot-like beak, it can:

You can also estimate the size and approximate an octopus’s age just by looking at its radula! The average length and width of the radula, along with the number of teeth can be correlated to an octopus’s body weight.

An octopus expels waste through a siphon located on the side of its mantle! The siphon is also responsible for shooting jets of water to propel itself forward, and dispersing ink clouds to protect against predators!

3. Watch Out! That Octopus Is Venomous…

ALL octopuses are venomous, but only two known species contain a powerful neurotoxin called tetrodotoxin (TTX)– Can you name them both?

One milligram of TTX can kill a person, making it one of the most known potent natural toxins! To put one milligram in perspective— it’s smaller than the period at the end of this sentence.

TTX is 1,000 times more powerful than cyanide! It is produced by bacteria and is a powerful, fast-acting toxin. A tiny bite could result in:

The toxin goes after your nervous system, blocking nerve signals throughout the body so the first thing you will feel is numbness. Ultimately, it causes complete paralysis of your muscles… including the ones that you need to breathe! YoWza.

Octopuses without TTX use cephalotoxins, a venom that paralyzes the nervous system of their prey while saliva enzymes liquefy muscle tissue, so they can slurp down their meal.

4. Octopuses can breathe AND see through their skin!

Octopuses can be observed out of the water hunting for crabs on shore, but how do they breathe? Their secret is cutaneous respiration! In certain circumstances, 40% of their oxygen intake can come through their skin.

ON TOP of that, octopuses can see with their skin!!

Light-sensitive proteins called opsins enable octopuses to sense changes in light. Their skin can’t see clear images as their eyes can but it’s pretty cool to think an octopus could stick an arm out of its den and be able to tell if it’s day or night.

5. They can camouflage faster than you can blink!

Yup, in one-fifth of a second to be exact! It’s all thanks to thousands of chromatophores and an extensive neural network that makes them into underwater billboards.

Chromatophores are small pigment-containing cells that are controlled by an array of muscles and nerves. This tiny, elastic sac of color can be stretched or tightened.

When a chromatophore is relaxed, the sac contracts and leaves an octopus looking white. When muscles around a chromatophore tighten, the sac is pulled open, showing color which can be black, brown, orange, red, or yellow (hello 70s vibes!).

Imagine flexing your muscles and BAM you have a whole new outfit on. Science still hasn’t figured out how they manage these incredible color changes while being colorblind!

6. Octopuses have a “water skeleton”!

Guess what? An octopus doesn’t have any bones!

Instead of having the support of a skeletal bone structure like we do, cephalopods rely on a muscular hydrostat system to keep them in tip-top cephalopod form.

Think of arms and tentacles like your own tongue! It’s mostly muscles that make licking an ice cream cone possible.

Unlike bone structures with rigid skeletal elements, the octopus can bend, twist, elongate, (and more) at MULTIPLE locations simultaneously. Their muscular hydrostat system allows them to perform complex motor activities all while remaining incredibly flexible.

Octopuses possess short and long-term memory, which means they can observe and remember people and various animals.

A research study on Giant Pacific Octopuses (GPO) at the Seattle Aquarium showed that their behavior, breathing, and colors changed depending on whose face they recognized.

Eight different GPOs were treated either by a ‘nice’ keeper who gave them food or by a designated ‘mean’ keeper who poked them with a bristly stick. After just two weeks of this, the octopuses would approach the nice keeper but hid away when the mean keeper came around.

There are many stories from aquariums and labs where octopuses will decide who they like and who they will spray in the face with water if they come close enough.

8. Octopuses DO NOT have a blind spot!

To protect themselves from predators, an octopus can see 360 degrees around themselves!

How? Their optic nerve fibers route behind the retina and their rectangular pupils help octopuses see in all directions in addition to giving them control over how much light they let into their eyes.

Super helpful when you’re out hunting at night looking for prey but need to watch out for predators at the same time. Good luck trying to sneak up on an octopus when they can scan their environment in every direction!

Their rectangular pupils also allow them to see color! While octopuses are technically colorblind, their dumbbell-shaped pupils act like prisms, scattering white light and splitting it into its color components.

This effect is called chromatic aberration which their wide pupils help to accentuate. When octopuses change the depth of their eyeball, they can focus different wavelengths of light on the retina individually.

Psst! Could you name the two venomous octopuses mentioned in fact #3?

ANSWER: They are the lethal Blue-Ringed Octopus and Mototi Octopus!

World Octopus Day is EVERY DAY in OctoNation– The Largest Octopus Fan Club!

Warren is the Founder of OctoNation, a nonprofit organization that works to inspire the wonder of the ocean by educating the world about octopuses. As a professional community building strategist, Warren has collaborated with hundreds of underwater photographers, artists, scientists, and aquarists to create educational resources for both children and adults.
OctoNation is a highly engaged community where people can interact, learn and be enamored by the ocean through the lens of the octopus. Jacque Cousteau said it best, “People protect what they love.” OctoNation’s 800,000+ members wholeheartedly agree! Want to get involved? Email [email protected] 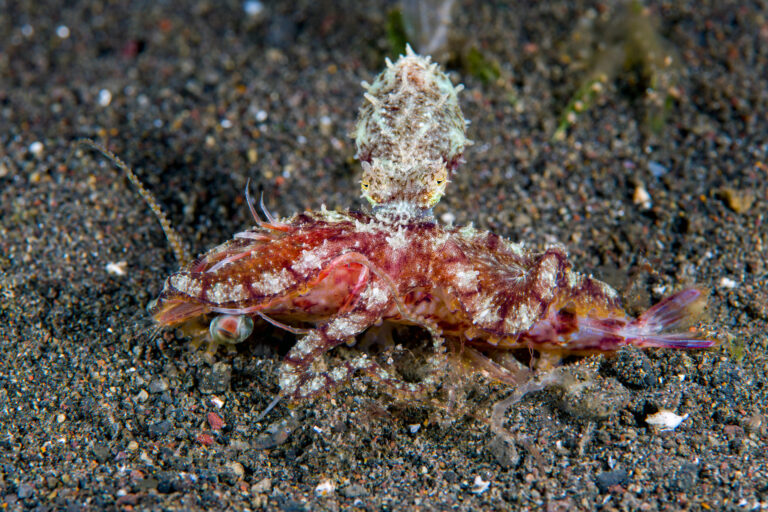 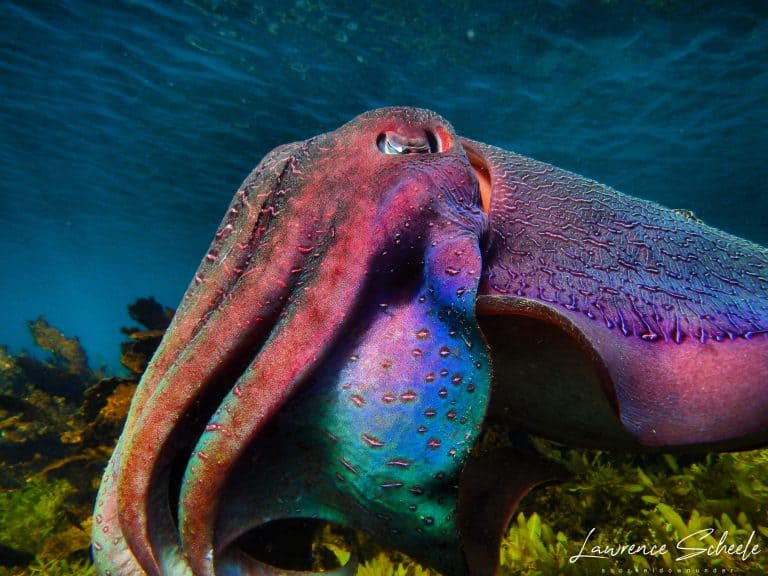 This website uses cookies to improve your experience while you navigate through the website. Out of these, the cookies that are categorized as necessary are stored on your browser as they are essential for the working of basic functionalities of the website. We also use third-party cookies that help us analyze and understand how you use this website. These cookies will be stored in your browser only with your consent. You also have the option to opt-out of these cookies. But opting out of some of these cookies may affect your browsing experience.
Necessary Always Enabled
Necessary cookies are absolutely essential for the website to function properly. These cookies ensure basic functionalities and security features of the website, anonymously.
Functional
Functional cookies help to perform certain functionalities like sharing the content of the website on social media platforms, collect feedbacks, and other third-party features.
Performance
Performance cookies are used to understand and analyze the key performance indexes of the website which helps in delivering a better user experience for the visitors.
Analytics
Analytical cookies are used to understand how visitors interact with the website. These cookies help provide information on metrics the number of visitors, bounce rate, traffic source, etc.
Advertisement
Advertisement cookies are used to provide visitors with relevant ads and marketing campaigns. These cookies track visitors across websites and collect information to provide customized ads.
Others
Other uncategorized cookies are those that are being analyzed and have not been classified into a category as yet.
SAVE & ACCEPT
426 shares
426 shares
Skip to content